After 20 years, the g-man freighter is back in production 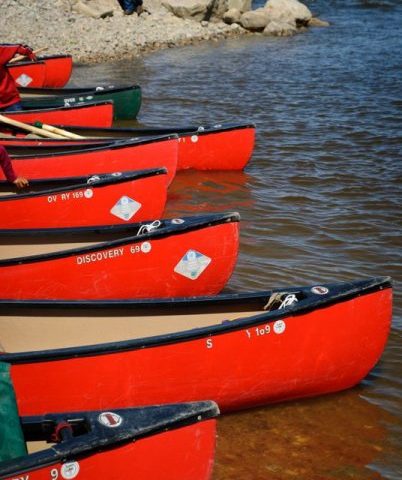 WASKAGANISH AND ABITIBI & CO. PARTNERED TO RE-INTRODUCE THE G-MAN IN JAMES BAY

Today, we are proud to announce a mutually beneficial relationship between the Crees and Abitibi & Co. to re-introduce the G-man Freighter Boats into the watersheds of Hudson’s Bay and James Bay, Canada. Abitibi & Co. has been mandated by the Waskaganish First Nation to manufacture the fibreglass freighter boats for years to come starting in 2017.
«We believe in abitibi & co. to be the right partner to bring back a boat that is part of our way of life and heritage. »
– Says Sherman Salt, President of Waskaganish Business Corporation Inc.

A BOAT ESPECIALLY DESIGNED FOR THE ROUGH WATERS OF THE JAMES BAY.
In 1986, the Crees of the Waskaganish First Nation, through the Waskaganish Enterprise Development Corporation, entered into a joint venture agreement with Yamaha Motor Co. Ltd. for the production of fiberglass freighter boats in the community of Waskaganish.

Based on a similar model produced by Yamaha, they redesigned the boats with the help of the Crees of Waskaganish to adapt the different models to the rough waters of the James Bay. These boats were much appreciated by their owners as they were of a superior quality and built to be passed down to the next generation. Boats built over 30 years ago are still in a very good condition today.

AVAILABLE AS SOON AS SPRING 2017
Abitibi & Co has already proceeded with the required tests and produced prototypes of boats using the molds. The production is up and running and we are now ready to take orders.

«We are very proud to be part of this adventure. Our team is excited and ready to build these one of a kind freigthers.»
– Says Guillaume Leblanc, Co-Founder and GM of abitibi & co.

ABOUT ABITIBI & CO.
abitibi & co. is a Canadian canoe & kayak company that believes in life beyond the bend – igniting a sense of adventure in everyone. As advocates for the great outdoors, they are driven to leave no trace and work to minimize their impact on nature and protect our waterways for generations to come. Their manufacture is based in Rouyn-Noranda, Abitibi-Témiscamingue.

www.abitibico.ca
For more information or place an order, please contact: